We are a campaign group working with local MPs and councils to ensure policies on climate change and ecological breakdown follow the science. Currently we are focused on campaigning for the CEE Bill to pass into law. The bill is already attracting huge support. If adopted, it would transform the UK’s approach to tackling the climate and biodiversity crisis.

Why we need the Climate and Ecological Emergency Bill

The CEE bill is a parliamentary bill drawn up by scientists, academics and lawyers, and supported by a growing cross-party group of almost 100 MPs along with many businesses. It’s not radical. It would simply ensure that Government policy is brought into line with the latest scientific advice.

What would passing the CEE Bill achieve?

Commit to our fair share of emissions cuts needed to keep temperature rise within 1.5ºC.

In brief: Unless we keep global temperature rise within 1.5ºC, scientists say global heating risks spiralling out of control - and we are way off track.

We can be proud that the UK led the way with its 2008 Climate Act including a commitment to limit warming to 2ºC. But the science has moved on, and 1.5ºC is now considered the point beyond which the level of risk is unacceptable. Scientists say impacts such as flooding, heatwaves, and species loss will be typically around twice as bad at 2ºC than at 1.5ºC. Read more from WWF. Just as we follow scientific advice on Covid-19, we must trust the science on climate change. Independent science organisations say that UK's net zero target of 2050 is now too late and will see us losing control of rising temperatures. They also say we are worryingly off track even from the 2050 target. References:

Fairly account for our entire carbon footprint wherever the emissions occur.

In brief: Emissions from international aviation and shipping, and from the manufacture of the products we import are all currently NOT counted.  And instead of falling, these have grown, and now account for a third of our entire carbon footprint!

International aviation and shipping were omitted from the 2008 Climate Act due to complications over which country bears responsibility. But these emissions are becoming ever more significant and it's no good ignoring them. It's not rocket science to share these emissions out between the countries involved.

Equally we can't ignore imports. Many of our companies have outsourced their manufacturing to countries like China. When we order products from abroad, the resulting manufacturing emissions are due to our consumption decisions. It's only fair to account for these emissions in our carbon tally. Recognising the carbon cost of imports will give an advantage to UK companies producing low carbon products in the UK. What's not to like about that? UK's emissions may have fallen 42% since 1990, but a significant portion of this reduction is simply because we make less and less here at home. The emissions are still happening.

Commit to protecting and restoring biodiversity and critical ecosystems.

Destruction of ecosystems, such as peat bogs and forests, releases enormous volumes of CO2.  Conversely, if we work to rebuild these valuable natural environments, they can absorb vast quantities of CO2, safely locking away dangerous emissions. Read more in Nature.

We have witnessed an extraordinary decline in biodiversity and in the ecosystem services essential to life. From pollination & natural flood prevention, to crop nutrition provided by soils, we depend on a healthy biosphere. Humankind is part of the circle of life, not outside of it. Yet for decades, human activity has outstripped safe planetary boundaries, resulting in what scientists now define as the arrival of the sixth mass extinction event. Experts now warn of looming ecological collapse if policymakers fail to take emergency action - see World Wildlife Fund article.

The RSPB's 2019 RSPB State of Nature report on the UK’s biodiversity states:

The good news is that nature can heal quickly if we just give it the chance. Read about the groundbreaking wilding project at the Knepp estate in Sussex.

A plan that works using existing proven technology. No gambling on speculative technology.

The Bill would limit reliance on unproven negative emissions technologies ("NETs" - see below) such as carbon capture in planning to meet our emissions targets. There's no guarantee these technologies will work or be sufficiently scaleable within the timescale required.

The Government's independent Climate Change Committee says that such technologies are speculative and ‘have very low levels of technology readiness, very high costs, and significant barriers to social acceptability’. Current Government plans have the assumption built in that these technologies will work at scale, and yet these plans have not yet been revised and updated.

Would NETs like carbon capture be entirely ruled out?

No. Carbon emissions are likely to remain unavoidable from certain sectors such as cement and steel. These emissions will need offsetting. But given the difficulties, uncertainties, and social acceptability issues surrounding NETs, the Bill would limit their use only for these purposes.

The Bill would not prevent us from going further than net zero, should future NETs permit it, particularly with a view to compensating for the UK's historical carbon debt (having been the first country to industrialise) or in the case of global overshooting of 1.5ºC. However, the CEE Bill would require rigorous scientific evidence that their environmental safety and effectiveness were guaranteed.

Allow ordinary people a say on solutions in a Citizens' Assembly

An emergency citizens’ assembly (CA) will be convened to help both the UK Government and Parliament create and review the strategy to achieve the bill’s objectives. The CA will empower MPs to take bold decisions and allow people to have a real say in the pathway to a fair and just transition to a zero carbon society and a thriving natural world.

Why is this needed?

Fundamental societal changes are required if we are to tackle the climate and ecological crisis head on. In order to prevent a ‘yellow vest’ effect, it is essential that citizens feel involved in decisions that may significantly change their lifestyles. Citizens’ Assemblies are a tried and tested route to engaging people in the democratic process. CAs empower politicians to arrive at recommendations that will address difficult decisions that will have a profound impact on the direction of the country.

Six parliamentary committees jointly commissioned the Climate Assembly UK (CA UK) in 2020.  Strong consensus was reached on a large number of previously contentious issues, demonstrating the power of citizens' assemblies to break deadlock when given the chance to debate evidence from independent experts.  But unfortunately, the CA UK had its hands tied in three key areas before even it started work:

Watch this great new BBC documentary which follows some of the ordinary members of the public selected to sit on the assembly. Listening to the assembly members being interviewed gives you real hope.

The CEE bill’s integration of an emergency CA means that the assembly members will be tasked to fully contribute to the recommendations for and the review of, the bill’s ‘strategy’ to meet the ‘objectives’, alongside both Government and Parliament. In these most exceptional of times, the engagement of a CA feeding in to emergency policy-making will help give the government the public mandate it needs to implement the necessary fundamental societal changes.

An explainer from the Economist of the benefits of citizens assemblies: 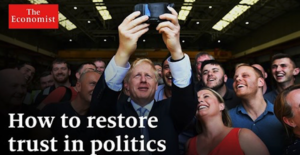 What can you do?

Ask our South Hams MPs Anthony Mangnall & Sir Gary Streeter to support this bill. They have both said they recognise the need for strong action on climate change. But for an MP to challenge Government policy, they need to see a strong groundswell of constituency support. Click on the button above to find out how you can help.

Over 130 South Hams businesses & other organisations signed our recent open letter to Anthony Mangnall MP and Sir Gary Streeter MP asking them to support the CEE Bill. Read the letter here, along with Sir Gary’s response. Anthony has not yet replied. More organisations are getting in touch all the time to express their support, and we are looking at setting up a “Supporters of the CEE Bill” page on this site, displaying supporter logos. If you’d like to participate, just send us a quick email at contact@sh-can.org.

The CEE Bill Alliance is co-ordinating a national awareness campaign, meeting with our parliamentary representatives, and providing information to the public. For more information and resources, see the national campaign website

Caroline Lucas – the Case for the CEE Bill

Caroline’s powerful speech to Parliament explaining why we need the CEE Bill.

Many people have an ethical objection to using Facebook. We’d be the first to criticise the company for its unethical behaviour over recent years. But we also feel a responsibility to communicate via Facebook to help counter the misinformation spread on their platform by fossil fuel interests, and the unwillingness of mainstream media to communicate fully on the often complex but nonetheless vitally important subject of climate change.